you’re a mean one, mr. grinch

i’m a little late to the party this year, but back in 2003 my old band the firmary recorded a version of “you’re a mean one, mr. grinch” for a planned christmas album by strangelove recording that never ended up getting released. this was the first time my wife (at the time just a friend) recorded music together. take a listen, download, enjoy, and please share.

You’re a Mean One Mr Grinch

i really enjoyed this night. William had demoed the guitar, drums and synths and mike added the bass, but as we recorded we felt something was missing, creepiness, of course! so we enlisted william’s wife, natalie and my friend, michele to help us start the song off with a different xmas carol and then when william’s foreboding guitar slide came in, it really gave the tune a dark vibe. similar to that, the end of the song seemed to lose some of its intensity, so we added a few layers of melodic vocals and the most unsettling, random drill noises we could record.

i miss the firmary guys a ton. soon after this recording, i started dating michele and then by next fall i was incorporating the band into my proposal to her. in 2004-2006 we struggled to find a permanent drummer. eventually my own insecurities, marriages, babies, and the grind of a band that can’t get back into a groove broke us up. i’d love to get these guys onstage again someday to put a cap on all the awesome things we did accomplish.

happy holidays, happy new year and don’t worry, i’m sure ill post this again at the end of 2015 🙂 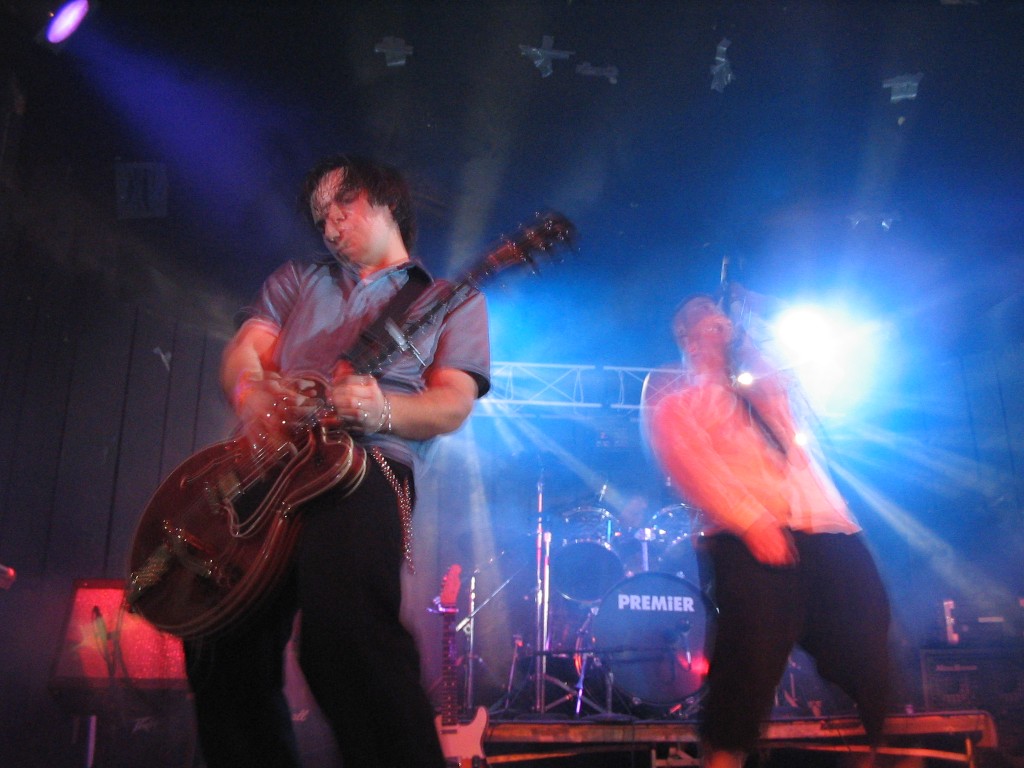 read the site it's all there!
View all posts by douglasesper →
This entry was posted in songs i'm involved with. Bookmark the permalink.