this is the news area for my writing. each project has it’s own page, but if your just looking for the most recent updates you will find them here:

3/11/2015: Excited to announce that I made the next cut in the NYC Midnight short story challenge!

2/1/2015: Super pumped to announce that one of my short stories will appear in a collection by Scout Media this year!

12/23/2014: well, i’ve grown and learned and practiced, and stumbled and screamed, but i think 2014 was a great year for writing as a hole and i think I will be able to showcase my growth in 2015. more news and updates to come…i promise.

November 15th 2012: Hmmm, obviously i was busy because i didn’t have time for updates this year! here is what’s happening…

1) finished my second novel, “in the watershed” it is a thriller that i have been describing as, “after surviving a plane crash, eleven strangers must battle through a blizzard atop the rocky mountains to escape the murderer who brought down the plane.”

2) i have continued to work on my short story book, “short story long” and feel i’m about halfway done with the rough drafts of the stories.

Dec. 31ST: Completed the rough draft of a short story called, “The Quitter”

Dec 31st: Jeff sent two more pages for the next Fern Valley Friends book! We are getting closer and closer to being done. 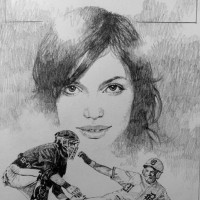