updating my goals(only now you know)

Warning: If you do not want to know anything about the future, like Doc Brown, do not read this post! It contains a snippet of a radio broadcast from many years from now. Some people think to know the future could cause a paradox or alter our reality in some crazy and terrible way. If you do not know what I am talking about or do not believe me please go watch Howard The Duck or read The Guardians Of The Galaxy.

Many years from now, on the radio, the people of the galaxy will hear this(or something similar) broadcast by Paul Harvey the 5th:

“Many years ago, as the 20th century faded into memory, a young man from Cleveland, Ohio toiled away at various dead end jobs and dreamed big dreams while wishing small wishes.  The city and its proud country of The United States of America was fighting a depression, a war, and an NFL lockout all at once and things had never been more bleak for the people.

We have so many amazing stories of heroism, villainy, and change during this age, but today we are going to focus on this young man from Cleveland. We will watch him toil away at a fast food restaurant, deliver pizzas to non-tipping customers in two feet of snow, instruct many a patient on the proper use of oxygen and electric beds, and we will watch his futile efforts to fulfill those dreams and wishes he covets.

The man performs live music with several bands, writes and self publishes children’s picture books, and even, with the help of his supportive wife, completes several novels and short stories which he is proud of, but the public does not know his name. And in the years to come they will not know his name either for his work is sub-par and lacking of any polish.

If there was one character flaw which held him back it would be stubbornness. Yes, the man realized too late in the game that he had fought his whole life against those who would have helped him succeed, if only, he made a few small concessions. The man never did and he watched the world spin by outside his delivery trucks window as he continued dreaming his big dreams and making his small wishes.

In the end doubt, rejection of his works, and the knowledge he had been his own worst enemy the man finally grasp and admitted he would never be recognized as the artist he craved to be. He drove his truck, supported his family, and watched with failing health from poor eating and exercise habits…as his son became one of the most recognized names in history. The mans name was Douglas. The sons name was Owen Dean Esper, only now you know….the rest of the story. 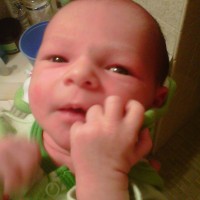 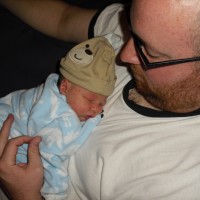