The title should’ve tipped you off that you could skip this one, but i wanted to give you all an update on my various ventures. It’s probably as much for me as it is for you seeing as how scatterbrained I am feeling currently.

Chuck Mosley tour book: The rough draft has been edited, though I am still waiting replies to some questions I sent to various people who were a part of our tour. I think its important to add different POV than my own in this narrative, so I’m going to wait longer. When I start getting them back, I’ll input them into the book and send along to a few beta readers for feedback and then on to the publisher.

Chuck Mosley Documentary: I will be interviewed soon for this film. I’m nervous, I’m sad, I’m mad, but I’m ready to face the camera. Matt Wallace was already interviewed and there are many other great people to come.

Mystery/Thriller book: I’m making a few changes to two characters, so I’m scouring the pages for continuity errors. After that, I’ll be shopping the bookend hoping to find the right home for it.

YA/Middle Grade Fantasy/Adventure series: I see the finish line of the rough draft of the first book in the not too distant horizon. I have already done some editing to the first half of the book after a few beta readers offered feedback. I can’t wait to get this one ready. It feels really good to be writing this one.

Indoria: we have a few demos and songs at various stages, but we mainly remain dormant as each of us completes other projects. we put up all of our albums for sale for the price of one CD on our band camp site. A few members are also talking about getting involved in the Chuck Mosley tribute cd currently in the works from GAD! Zine

The Firmary: William and I have been passing demos back and forth and we will be getting together soon to plot a course toward an album release. It’s been a long time coming, but the timing just finally feels right.

Short Story collection: I haven’t put in the work on it that I’ve wanted to, but I have about half of the stories completed with a couple that need to be edited.

Guest vocals: I just recorded guest vocals for a song that I hope will get released later this year. I can’t tell you much about it yet, but I will say that some other Chuck Mosley band members are involved and I really dig the song.

Chuck Mosley solo disc: This is on hold until the family decides how they want to proceed. I can’t wait to hear mixed tracks.

Contests: I’ll find out this Wednesday if I advanced to the next round of the NYCMidnight short story challenge. If so, it’ll be my third time advancing to the semi-finals. Hopefully, if I do make it, I can break through to the final round this time!

Like An Open Heart It Shines: per the director, editing is in full swing. The main issues left are audio related. the whole crew have great things to say about the film. I have a small part and feel honored to be involved. I am keeping my eyes peeled for more acting and writing roles in cinema.

Also, I am pursuing three brand new Nonfiction stories with other parties. Two of them are sports related and another is music related. I hope they all pan out as each one contains a strong narrative that I think people will enjoy.

My online store has been updated with brand new inventory 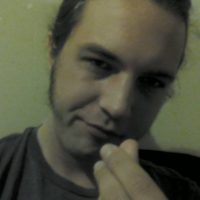 read the site it's all there!
View all posts by douglasesper →
This entry was posted in my writing, songs i'm involved with, this guy! and tagged chicken wings, chuck mosley, documentary, esper, fiction writing, indie film, indoria, nonfiction, rockdoc, the firmary. Bookmark the permalink.