Another Year of Touring Comes to a Close.

Under the best of circumstances, touring is a bizarre way to live. When you take away all the glamour, money, bus driver, catering, and places to stay, it’s straight up insanity.

And yet, its what I’ve done for the last two years. 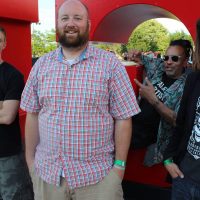 Chuck Mosley (AKA Mrs. Bickerson) and I have maintained a long, winding, back and forth relationship for two decades, but it wasn’t until we left for the road in May of 2016 that we really got to know each other. With no new release to promote, no tour support, and really no idea what we were doing, Chuck and I embarked on a ninety date road trip that hit the US, the UK, and France. When we limped to the finish line, I thought we were done. Then, earlier this year, Chuck and I decided to extend the tour into 2017 and attempt to record a collection of new songs. Oh, and why not expand our roster to completely blow up our budget while we do so!

Thus, we set off in June for the first of several short to long runs around the US, culminating in about sixty shows in just over four months.

After completing so many shows, the list of people I am in debt to and thankful for is longer than my fingers can type all at once, but here are a few (more thanks and personal messages will be sent out separately)

Cris Morgan- You helped hold down both guitar and bass duties on the road. I hope the experience you gained serves you well moving forward. 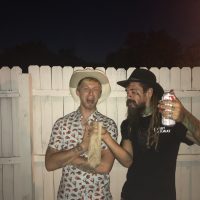 Joshua Nelson- Your positive nature and OCD helped us stay organized and smiling during our time with you. 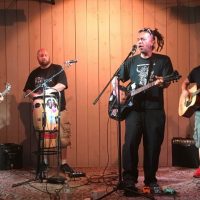 Randy Piracky…Peroski…Portot…whatever your last name is (Pirosko) at the last second, you rode in on your black horse and saved our recording session and the longest tour leg of the year. Some of my favorite moments from the road…like this one of you snapping back at chuck in Atlanta: 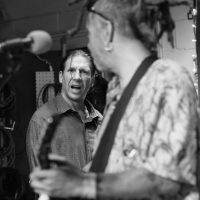 are my favorites. I never smiled deeper than when I realized it was you walking through the crowd at the Phantasy in Cleveland to come watch us in October. (OKAY, I see you!)

Alex Bergeron Jr.- You took a huge chance and drove a long way to play with us and as a reward you got to deal with Chuck and i at our worst, most exhausted selves. Your humor (and those damn stink bombs) made the last 17 shows stand out for me.

Dallas Sheppard- No one can take away the title touring musician from you from here on out. You helped shoulder some of the babysitting and dad duties that I typically take on myself, and for that I’ll always owe you. 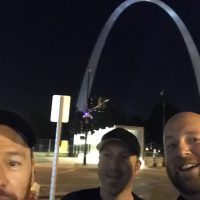 Drew “Pretty Boy Drew” Fortier- You’ve had such a busy and chaotic year that touring with us was probably one of the more un-noteworthy things you did in 2017! I can’t wait to see what’s next for you as you prepare for more touring, recording, oh, and getting married! 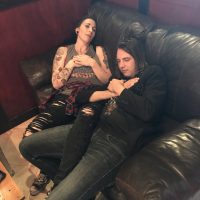 King Chivas- Having an outside voice come up and jam for a couple songs was a fun change of pace. You saved our bacon in Long Island even with a cold!

We played a lot of clubs and worked with a ton of promoters that came through and went above and beyond. 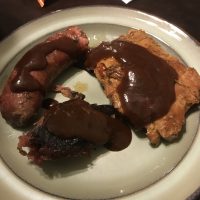 (this is off the top of my head and not a complete listing of clubs, promoters, friends, bands, strangers who helped, media, and more, without whom this tour wouldn’t have happened.)

Donn Wobser (as long as you enjoy the shows, Chuck’ll keep going), John Duggan and the entire irish contingent, Adam and Playground Productions Studios, Loudwire, Livewire, Tracy and TAG PR, Terry and the Elks Lodge, Ottawa Tavern, The awesome crew at Bright Box, Ben at DAA for two great shows, Mr. Beery’s, Yoko and Evan, Ken and Little Joe’s, David Collupy and the whole film crew in Salem, Casey LeBleu, Dusk in Providence and the late night karaoke, Dan and Pepper Productions, Shannon and JJ’s Bohemia, Marty and the fine folks at Mohawk Place in Buffalo, Michele and the Phantasy in Cleveland, The Rockery (good luck with new location if it happens), The Frequency in Madison for squeezing us on a bill, Susan and Ellefson Coffee for staying open late for us, Phil and red Fish, Blue Fish, Rock Island Brewing Company, Big’s Bar in Sioux Falls (what a great club and hard working sound crew), Tim for helping us in Iowa and letting me crash on your couch, Anne D’Agnillo you get about a dozen thanks for this year alone, Jonny Sculls and The Viper Room, Ian and Damien in Oregon, big thanks to the Eclipse as well, Sarah and TJ Dutton, Hi-Tone in Memphis, Jonathan and Ashley Beck for your immense help and for making us feel at home when we were the furthest from it (sorry I missed your wedding), Gage Beck for joining us onstage at two shows while playing a song even we didn’t know and making it sound like we did, Herman formerly of Houston (glad you weathered the storm), Todd in New Orleans, Witchita, Joshua in Huntsville, Courtney and Skyder, Brandyn and Chipper’s, Nicholas and Nicole in Pittsburgh, Ralph’s Diner, Dingbatz, Todd and Ottobar for the xylophone solo, Shawn Jones for screening your movie at our show, Levi in Boise, Jake in Reno, Jason in Oakland, Matt freakin’ Wallace!, Michele Norkon, Adam and GAD! Zine, Mel Smith and the Faith No More comic, Thom and EMP, Alex and Pig Fish printing, Michael Yarish and Mathew Grant, Kerry and John Wilkes Booth, Taran and family, HEELS, Audible Crayons, Mike Striker for the last second laughs, Todd Robinson and Calico Room, Nathan Petro in Charleston, Alec and Jeff and Brant and the Open Chord in Knoxville, Paul Simisky for several cool shows and congrats on your new addition, Hey! Alligator, and to a hundred other people who put us up, bought us drinks, gave us food, interviewed us, reviewed one of our shows, exchanged cd’s, bought our merch, and helped in many other ways. Also thanks to all the bands we played with this year. We made a lot of new friends and heard some killer music. By no means is this list complete, but I need to find a job before the bills start showing up. 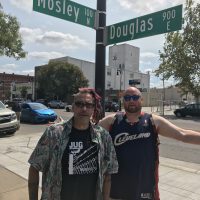 To Chuck: This experience has been amazing and one that never could’ve happened without you. I know it wasn’t always fun or profitable or easy or comfortable, but you played a lot of amazing shows and I got to be onstage to see and hear them. Your new material is strong and i can’t wait to see when/where/how it comes out. I have no idea what your next step is or if i’ll be involved, but know that I’m rooting you on from there stage or from the crowd.

BTW, as far as the new material goes…we recorded seven songs in two and a half days with matt Wallace in Los Angeles in August…the experience can’t be described in a short blog post, but keep your eyes peeled for more on that subject. 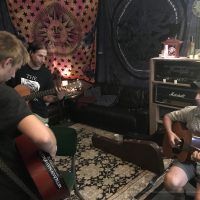 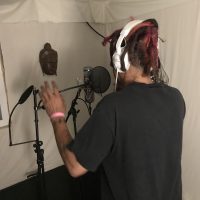 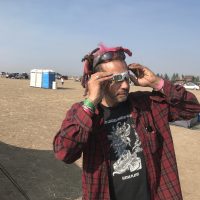 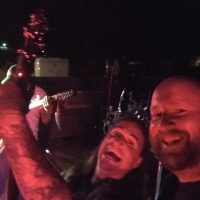 read the site it's all there!
View all posts by douglasesper →
This entry was posted in concert/cd reviews, my writing, songs i'm involved with, this guy!. Bookmark the permalink.