this is brian paone’s fault, ok? he posted about how many indoria songs he had in his iTunes library and i was shocked he had over 30. i tried to even remember if we had recorded 30 songs and found we have actually recorded over 50 (woah). listening to some old tracks, lost to the ages, i decided to post a few here. now, these were recorded between 2000-2002 with zero budget and with an ever evolving cast of misfits…there are some moments i am really proud of and some that make me wonder just how much drinking i was doing at the time, but either way, the good and the bad, took me down memory lane. we played with bands like the alter boys, unified culture, dog fashion disco, finless brown, infinite number of sounds, tub ring, estradasphere, chuck mosley and the VUA, racermason, and so many other really good bands, very few of which we really fit with but it was a great ride.

anyway, for brian, i’ll start off with a random cover of epic we did one blazing hot weekend.  we had been added to a fnm tribute album to cover WE CARE A LOT but the band was in a transition and it didn’t happen…the tribute got delayed for a year, so we threw this together, but it was too late. you’ll notice the lyrics in the verses are not correct. that is because i took random lines from several FNM tunes and mashed them all in. Can you name all the different songs they are from? you’ll also hear we add in little snippets of 4-5 other FNM tunes within the song…bottom line it was fun, so please don’t judge too harshly.

next is THE WORLD I KNOW a cool vibe of a song with some overly introspective lyrics meant to sound a lot more thoughtful than i was at the time.

the world i know

LIGHT IN YOUR EYES was written as my grandmother was dying and is sort of a tribute to her. when we started jamming it at practice we had a singer named shelly who will appear on the next song. she and i clashed over our parts on this one and she quickly left…she was a very good singer and i can’t believe she put up with me and adam as long as she did. in the end, felicity sang the hook and did a great job…where on earth is she these days?

light in your eyes

Adam joined a group called synth Cleveland that was putting out a compilation cd. he got us on it but as usual we were in a state of flux having lost Matty our guitarist and failing to woo loon as full-time bassist. we switched practice spots and recorded a song with shelly (mentioned above) she had joined the band after i had written the lyrics and recorded her parts, so we cut those and she also added some accent lines during the verses. the song was originally called THE PERFECT STORM, but with some retooled lyrics and added instrumentation we retitled it THE STORM SUBSIDES. for those of you keeping score out there…yes, i also rehashed the chorus of this song in the band THE FIRMARY for our song THE APPROACHING STORM …

the last one for the night is called THE NEXT DAY it started as a coffee shop tune with acoustic guitar by matty and i. when he left, adam retooled the idea adding in some bells and trip-hoppy beats. i wrote the lyrics but again, i planned on handling the rap/talk hook while someone who could actually sing performed the soft, strained verses. after shelly left, we tried out 2 singers and initially asked both of them to join. rachael tackled the verses and felicite and i doubled the chorus, which i thought sounded damn good, but we quickly changed out minds about the three singer thing and we parted ways with Rachael…thus, here i am once again trying to sing quiet, delicate and failing…but i still dig the idea of the song:

anyways, i found about ten more…if you like these, tell me (comment here or email me douglas at douglasesper.com and i’ll post more. here are some random photos from 2000-2003…yes i had hair back then. if i post more songs i’ll have to scan in some of the great shots dallas took of us back then. they are still in a super cool album she made for me. 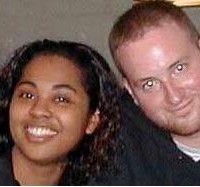 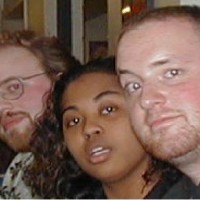 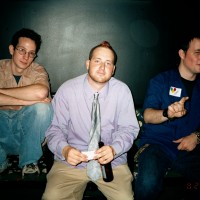 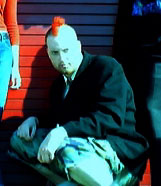 read the site it's all there!
View all posts by douglasesper →
This entry was posted in songs i'm involved with, Uncategorized. Bookmark the permalink.