The interwebs have been buzzing ever since, earlier in the week, Faith No More started a twitter account, and stated, “The reunion thing was fun, but now it’s time to get a little creative.” Various sites have cobbled together articles speculating that the band is hinting at a new album or at least some new songs to play at the 2 dates announced, thus far, in July. Since I couldn’t sleep anyway, due to the excitement caused by that possibility, I decided to chat with Chuck Mosley, former frontman for Faith No More, and get his thoughts on the matter:

Douglas Esper: Last night Faith No More put up a Twitter account and teased the possibility of new music and new tour dates.

Chuck Mosley: They should have me sing on at least one or two songs on the album.

Doug: I agree 100%. What would you bring to the table this time around?

Chuck: I would (expletive) wail on those tracks and make people wonder why they ever got rid of me. (chuckles) But seriously, I think me and Mike (Patton) could complement each other really well on a song.

Doug: So, let’s say you couldn’t be on the album for whatever reason, but they asked you to come to the studio to produce. What advice would you give them before they recorded their first new music in over 15 years?

Chuck: On one hand, I would say to know what’s out there and be better than all of that, but on the other hand I would say don’t pay attention to whatever is out there and do whatever it is you want. Just make sure to take it to the next level. To tell you the truth, I don’t even know what constitutes a good rock album these days. Who is around anymore?

Doug: Pfft, I have two kids, so I know Elmo, Thomas the choo-choo, and My Little Pony…Maybe a little heavy for rock, but there’s Mastodon, Baroness, or maybe Queens of the Stone Age…

Doug: Those bands have been around for several years and are not newer, and really, Faith No More was never just a rock band.

Chuck: It makes me wonder what I’m going to do next. I have ideas, but sometimes I feel like everything is dated. I feel out of touch with all the pop stuff that is out there, besides a few bands here and there. I enjoyed playing with Billy’s band (The Talking Book) down in Chile last summer, but that’s not rock either. The bands I’ve seen lately and they are doing stuff that’s been done for 20 years. I would say to Faith No More to record an album that will inspire another 1,000 imitators.

Look for a full length feature with Chuck at Faithnomoreblog.com in June! And, of course, check out chuckmosley.bandcamp.com for digital downloads of his latest music.And just to make you jealous, i added a photo of the original poster artwork for the reunion show in Philly back in 2010 🙂

Feedback always welcome in the comments section or at douglas@douglasesper.com 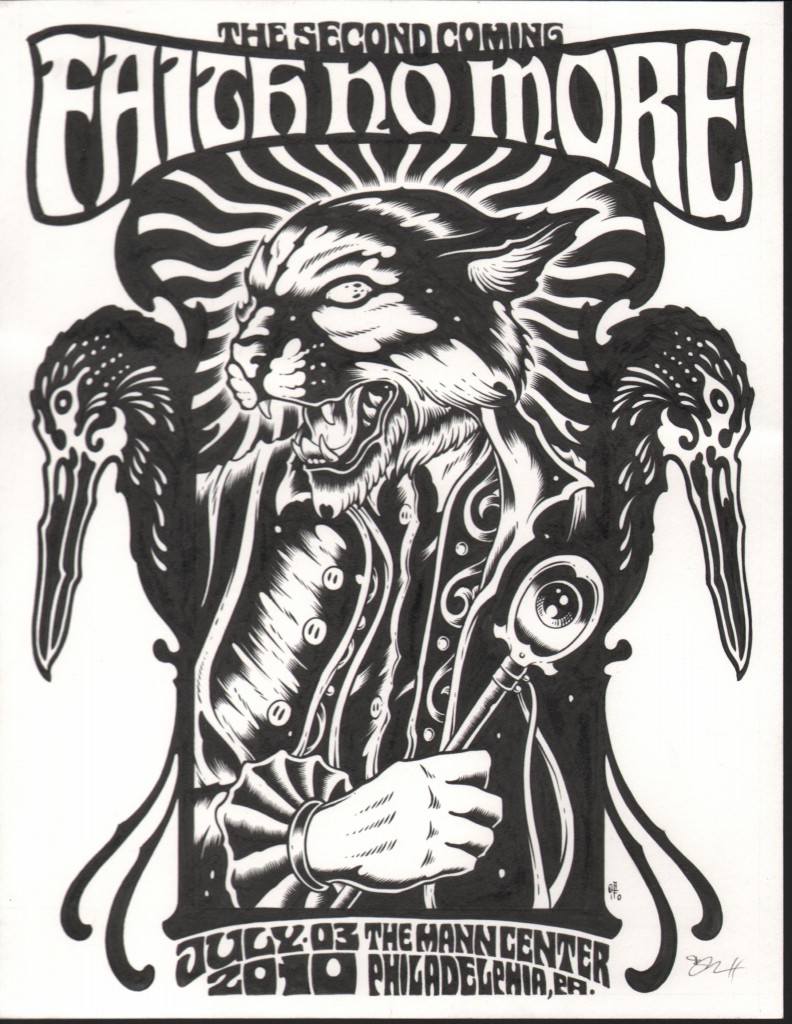